Keith Coursin clears the air: Pool indoor air quality was a big deal before it became a big deal.

As a follow up to part 1 and part 2 of the history of pool indoor air quality (IAQ), I reached out to Keith Coursin, the President of Desert Aire Corp, a prominent pool dehumidifier manufacturer. Coursin has been in the field of HVAC technology since his 20's; in my personal opinion he's one of leading experts on pool dehumidification in the world. This is my interview with Keith Coursin.

Eric: When did you first become aware of air quality problems in pools? 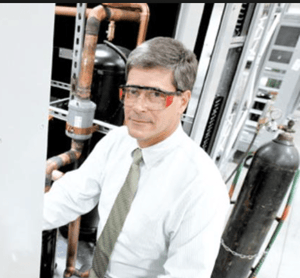 Keith: Well, if you go back, say 15-20 years or so, you'll see that the ASHRAE ventilation code 62.1 [the section that addresses pool air specifically] has remained largely unchanged, as it pertains to the amount of outdoor air needing to be introduced into an aquatic facility. Even back then, our industry was aware of the harmful and corrosive air in a pool environment, and indoor air quality was always a concern and design requirement. I knew about it, and made sure all of our dehumidifiers were designed to meet code requirements.

Eric: How did you get involved?

Keith: I was a part of the ASHRAE dehumidification group, and we started doing some basic research on chloramine off-gassing in 2007. The research project was called "Chemical Off-Gassing from Indoor Swimming Pools" (ASHRAE 1083-TRP), led by Dr. Richard Cavestri, Ph.D., and our report was approved 7/31/2008. Unfortunately, we had very limited funding for this basic research. We also ran into the challenge of pools not letting us in to do air quality testing, and you can imagine why. What pool owner wants their pool showcased as being a hazard to people's health?

So what we ended up doing was following Dr. Cavestri's lead, and he built a sample pool in his laboratory. There was a modest amount of research done, but the conclusion reached was that chloramines are definitively heavier than air. He tested weighted gasses, similar to trichloramine, and determined low exhaust would be a good idea. As we continued on with a desire for more research, we could not get the funding, so the project died before we knew enough to solve the problem.

Eric: From your perspective, pool IAQ was a known problem for a long time. Would you say the ASHRAE group knew the "what" and the "why" of the problem, but did not have enough research to learn "how" to solve it? 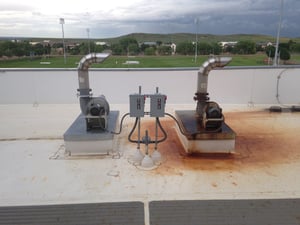 Keith: Correct, although we were pretty close to finding a solution. Given that tri-chloramines and the other off-gassing byproducts in a pool are invisible, it was hard to prove what's really going on. To change the ventilation code in ASHRAE, solid data was needed. We did not have enough data to move forward.

Eric: So, fast forward another year, when Paddock got in the game. How did they circle back with you?

Keith: I knew Don Baker [Paddock's owner] in a limited capacity since the 1990s. He called me up in 2009, reintroduced himself, and shared the Evacuator concept with me. I sat back and listened...and in my mind it made perfect sense, given the research we had done a year before. My question was "how can we control this type of system, and interface this with our air handlers?

After that call, I got my engineers together at Desert Aire and we bounced the idea around. We all knew about the chloramine bubble, but how do you get rid of it? Evacuator seemed like the answer we had been looking for. It was separate from our dehumidifier, which prevented recirculation of corrosive air. If we could control that to maintain the correct air balance in the space, it would make a huge impact in aquatic facilities.

Eric: How did Desert Aire's focus shift because of the Evacuator?

Keith: We began talking to USA Swimming build-a-pool committees, we hosted lunch-and-learns for mechanical engineers around the country with our reps. We spoke with duct manufacturers to talk about how to better distribute air into natatoriums. The Evacuator cleared the way for us to develop a new sequence of operations, and find a way to not only "clear the air", so to speak, but do so with great energy efficiency.  We have continued improving that efficiency ever since.

It's great to be able to bring this wealth of knowledge into a meeting with engineers who are designing a pool, or renovating an existing one. It allows all of us to deliver the healthy air quality that swimmers and lifeguards depend on our industry to deliver. And I think it's only going to get better. 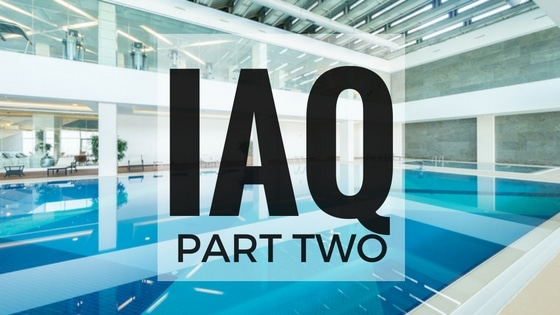 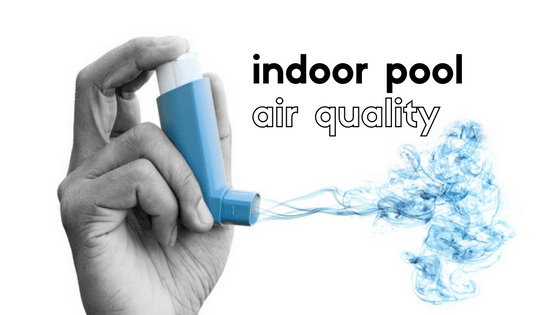