If you have ever added soda ash to a swimming pool, it probably clouded up the water. Here's why.

What is soda ash? 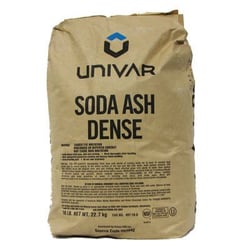 Soda Ash is a nickname for sodium carbonate (Na2CO3). It has a high pH of about 11.6. When added to water, the sodium separates from the carbonate, meaning you're basically adding pure carbonate alkalinity to the water.

Soda ash is used to raise the pH of water. Most commonly, it is used on commercial swimming pools that use acid feeders to suppress pH. Soda ash also increases alkalinity (slightly). It would increase alkalinity more, but the doses of soda ash are quite small compared to sodium bicarbonate. This is because soda ash is a much more concentrated product than sodium bicarb.

Soda ash is not often used in residential pools–or at least it shouldn't be–because aeration and loss of CO2 is sufficient to raise pH naturally. Soda ash just complicates things for those pools.

How does Soda Ash work?

To raise the pH of water, a substance must reduce Hydrogen (H+). Soda Ash does this by stealing a Hydrogen ion to become bicarbonate (HCO3-). The reaction looks like this:

This all ties into the broader discussion about alkalinity and pH. We know in the pool business that alkalinity is a pH buffer, but do we know why? In a less-than-scientific explanation, alkalinity buffers pH by either donating a Hydrogen or absorbing one. You can see this more visually here on this graph, and notice the difference between these three substances is just a Hydrogen ion: 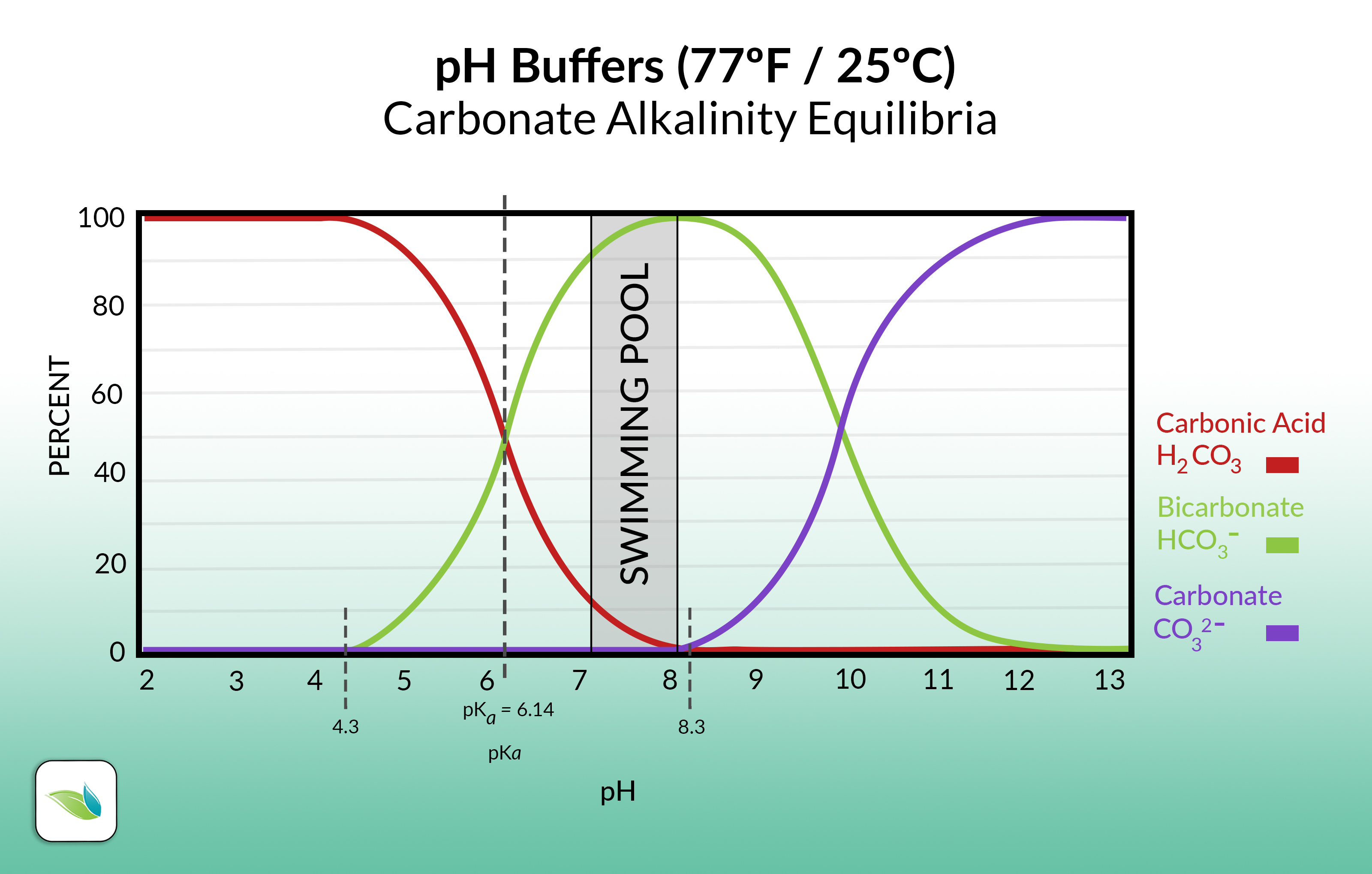 Specifically, carbonate ions like to become bicarbonate, and vice versa. When you add Soda Ash to the pool, the carbonate anion (CO32-) wants to become bicarbonate (HCO3-). To do so, it needs to get a Hydrogen (H+) from somewhere. When carbonate takes its Hydrogen atom, the pH goes up. This pH and alkalinity chemistry is about equilibrium, so the opposite is also true. When you add acid to the pool, a Hydrogen is released and the pH goes down. It’s all about the Hydrogen ions. 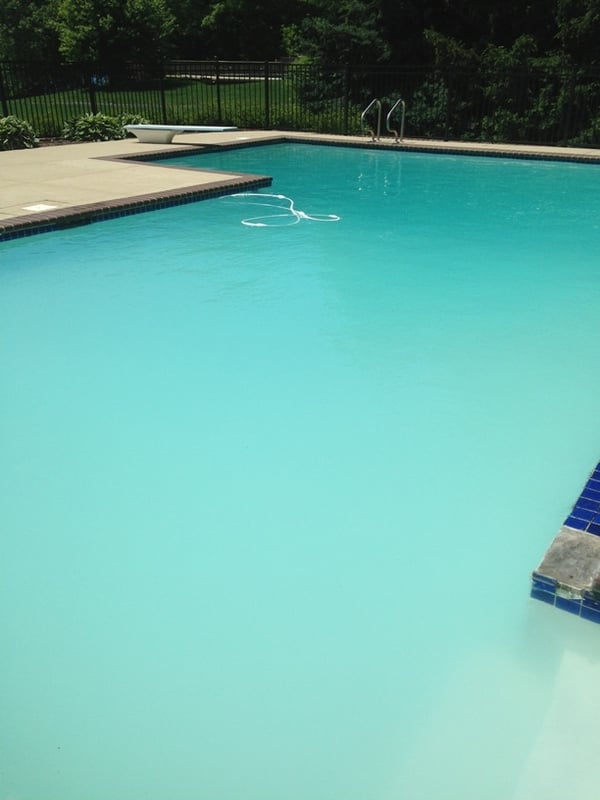 The high pH of Soda Ash itself creates a localized high-LSI violation when added too quickly.

Because we have calcium hardness in our swimming pools, there is generally calcium available to be bound to carbonate ions.

The high pH of soda ash converts bicarbonate ions into carbonate ions, as mentioned in our first section. See the chart again for reference. Move from the "pool chemistry" zone in the middle up to 11.6 ish.  To get there, Hydrogen had to leave bicarbonate (thanks, soda ash) and become carbonate ions.

The pH in a pool generally stays below 8.2 (if you're doing your job well and contain pH using physics to your advantage), so carbonate ions are rare in the water. But if the pH rises past 8.3 pH, bicarbonate ions convert into carbonate ions. The Hydrogen dissociates.

Soda ash is sodium carbonate. Once the sodium separates, it's pure carbonate alkalinity. So you now have an abundance of available carbonates, and when they find calcium in the water, boom. Calcium carbonate.

How to undo the soda ash cloud 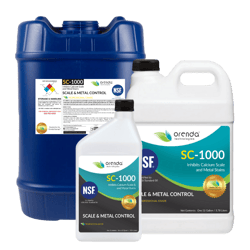 Eventually the cloudiness will either dissipate when the water can reabsorb the calcium carbonate back into solution, or it stays out of solution and falls to the floor as calcium carbonate dust. Either way, it was caused by a localized LSI violation thanks to adding soda ash too quickly.

To undo it, simply add some diluted acid on the affected area. This will reverse the reaction and undo the LSI violation quickly. Do not overdo it, though.

You can mitigate and possibly even prevent the annoying soda ash cloud problem by chelating the calcium in your pool with a product like SC-1000. If calcium is chelated, it is unable to bind to carbonate as easily, and therefore the cloudiness may not even occur. Of course, there are exceptions, like if your calcium levels and/or LSI are really high.

Soda ash clouds water because it creates a sudden LSI violation (over +0.30), which forces calcium carbonate to fall out of solution.  It happens in two ways simultaneously: the high pH of soda ash converts bicarbonates into carbonates, and soda ash itself is sodium carbonate, which introduces new carbonates.  Those carbonates find calcium to create calcium carbonate in that immediate vicinity, and thus, the cloud.

To prevent this, always pre-dissolve soda ash and add it gradually around the pool, if you have to at all. As we mentioned in the beginning of this article, soda ash is generally unnecessary in residential pools without acid feeders. The pH will naturally rise from aeration and loss of CO2. For increasing alkalinity, stick to sodium bicarbonate–it's much more forgiving.